In 1974 Sidney Nolan donated a selection of 24 works to the people of Australia. The donation included 15 paintings from the 1940s Kelly series, as well as other iconic works from the 1940s and 1950s such as the first work in the Burke and Wills series and two works from the St Kilda series which preceded the Kelly paintings. These works, known as ‘The Foundation Collection’, were displayed at Lanyon until 2007. 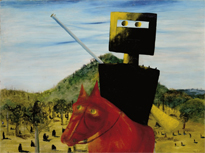 Nolan continued to donate and loan works to supplement the original 1974 donation until his death in 1992.

In 2013 the Australian Government funded this project to create a new online portal to the entire 141 works of The Nolan Collection.

CMAG has worked closely with local firm Icelab and the University of Canberra’s Centre for Creative and Cultural Research to realise what we hope you will find is an exciting new way to access this enduringly significant collection of Australian art. 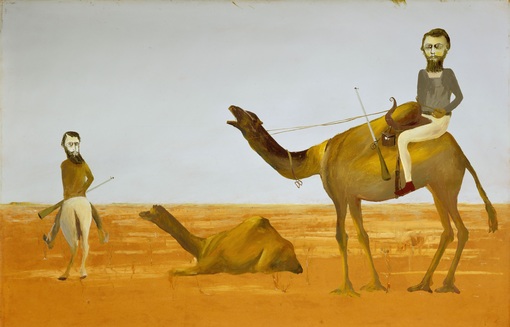 Permanent display of the initial 24 works that Sidney Nolan gifted to the people of Australia in 1974.

This permanent exhibition of iconic images from The Foundation Collection includes some of Nolan’s earliest paintings from the Kelly, Burke and Wills and St Kilda series; alongside fine examples of the artist’s central Australian landscape and carcass works.

ABOVE: Burke and Wills expedition

Term of his natural life

Above: The prison ship 'Malabar'

Remembrances of my youth

Canberra Museum and Gallery offers a range of community programs to excite curiosity about, and understanding of, the Nolan Collection. We provide discovery-based learning experiences ranging from workshops to more formal forums and lectures. 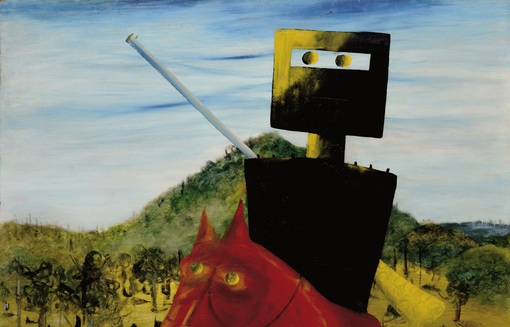 Canberra Museum and Gallery offers a range of community programs to excite curiosity about, and understanding of, the Nolan Collection